Which of These Countries Will Be Europe’s Next Big Tech Hub? 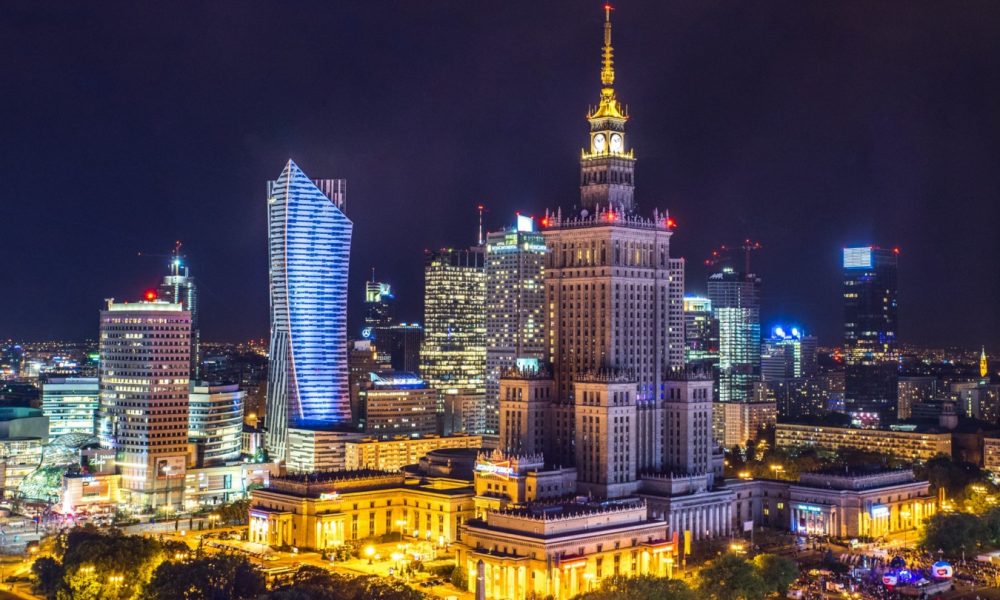 A guest article by Berlin-based entrepreneur and journalist Dana Knight

When it comes to established startup centres, the common view is that Europe is made up of a few interconnected hubs dominated by the London — Berlin — Paris tech axis. In fact, the European startup ecosystem is much more varied, and is rapidly changing. Last year alone, EarlyBird invested in Peak Games in Turkey and Socialbakers in Prague, Carto in Spain, and the incoming rush of blockchain-based startups has seen major growth in places like Switzerland (home to Zug’s “Crypto Valley”), Sweden, and a number of Baltic states.

There are several objective criteria one could use to gauge what the next big tech hubs in Europe are going to be. For example: the number of impressive exits from that country, or the number of startups representing a particular country at Demo Days and other tech events. Another decisive factor that points to a healthy startup ecosystem is the crop of successful female founders emerging from it. For modern startups, it’s not just about having flashy tech or cornering a market segment, it’s about creating platforms and businesses that offer a more sustainable and positive future for its users and employees alike.

The European tech scene is much more spread out than it once was, with impressive new startups and ideas popping up all over the continent. Here are just five of Europe’s most promising under-the-radar tech hubs:

The most recent Startupbootcamp Demo Day Berlin featured three ambitious digital health startups from Poland. Two of them, AISENSand CardioCube, use AI to achieve optimized orthosis and cardiovascular health respectively. Biolumo, which was founded by a female doctorpreneur, Olga Grudniak, aims to solve the problem of antibiotic resistance by streamlining and updating the testing process.

Grudniak is definitely not alone on the Polish tech scene. According to a StartupPoland survey, 30% of Polish startups are founded by women, a high ratio even compared to other European countries. The platform BookLikes, highly influential in the book-blogging community, was founded by Joanna Grzelak-Piaskowska in 2011 and already made an exit in 2016 after a successful US launch. Equally well-known are Prowly, a tool for solving the needs of the PR industry, founded by Joanna Drabent in 2013 and SIDLY, a telemedicine wristband, founded by Edyta Kocyk in 2014.

The recent news that UiPath, a Romanian startup that builds software robots for enterprises that automate legacy and back-office functions, raised an impressive Series B round of $153M at $1.1B valuation, is yet another reason to include Romania on the European tech map.

Romanian engineers enjoy a solid reputation in the tech space and many startups around the world are outsourcing their tech talent here. In particular, Digital Mob, a blockchain development studio, has played an instrumental role in the growth of decentralized technology over the past three years, designing multiple platforms including Tokit and Alethio.

Further, the country has a remarkable history of female entrepreneurial DNA. Appticles, co-founded by Alexandra Angel in 2010, is a Software-as-a-Service platform that helps online publishers better target their mobile audience by packaging their content into mobile and tablet applications. Smart Bill, an invoicing software for the Romanian market was developed by Ioana Hasan as early as 2007 and received a $1M investment from two VC funds in 2016. Vector Watch, co-founded by Irina Alexandru in 2014, a smart watch with a 30-day battery life that lets people focus on what’s important, was acquired by Fitbit in early 2017.

With a groundbreaking (and pretty cool) e-government and startup visa programme, Estonia is one of the liveliest startup communities in Europe, in spite of being quite small. Skype, Transferwise, Pipedrive, and Taxify were all founded here. In 2017, Estonia country saw 3 exits (Teleport, PlanetOS, ZeroTurnaround), raising €270M in the process.

With the third highest number of startups per capita in Europe, it’s no surprise that female entrepreneurs are many in Estonia. Funderbeam, founded in 2013 by Kaidi Ruusalepp, is the world’s startup marketplace, a blockchain powered platform that delivers capital to startups and liquidity to investors worldwide. Jobbatical, founded in 2014 by Karoli Hindriks, is a platform that connects professionals with short-term international career adventures. In 2016, Testlio, customer-focused mobile app testing startup closed $6.25M in series A funding, led by Altos Ventures and Vertex Ventures. Testlio now has an office both in Tallinn and Silicon Valley and half of the employees are women.

As the first Baltic country in the area to experiment with building startup friendly regulation, things really started moving in Latvia after TechHubopened their second office–after London–in Riga in 2011. The ecosystem is not voluminous — with around 300 startups, most of them established in the capital — but highly united and energised by the most raved-about tech event in the area, TechChill. It has been going strong for the past six years, and is the centrepiece of the Latvian tech community.

And the country has its fair share of female entrepreneurs. Alise Semjonova, a graphic designer, founded her company Infogram in 2012. This is a data visualisation platform to help young companies put forward a visually impressive message, capable of capturing readers’ attention. Another female founder working in this field is Anna Andersone who in 2012 created Froont, a flexible web design tool for professional designers. Equally aware of the importance of the visual in our culture, Ksenija Rostova founded Inselly in 2013. This is an Instagram marketplace and easy tool for mobile selling as well as a destination for inspirational Instagram shopping.

Having just opened its StartUP Visa program on March 15 this year, Portugal seems determined to attract investment, innovation and talented international entrepreneurs to its shores. But this is not to say that the country is lacking in national tech talent and initiative. As early as 2010, Sofia Pessanha has helped to build the innovation ecosystem in Lisbon with her incubator Beta-i and later started Unbabel, a Y Combinator company combining AI and professional translators to deliver fast translation services with human tone and nuance.

Another successful startup with Portuguese roots is Chic by Choice, one of Europe’s leading luxury marketplaces that allows women to rent designer dresses and accessories at a fraction of the retail price. Its cofounder, Filipa Neto, managed to raise a €520,000 investment for her startup at the age of 23.

And to show just how in touch with the entrepreneurial lifestyle Portugal is, there’s a startup that helps you cook while you sleep! Mellow is using a cooking method called sous-vide that is commonly employed by top restaurants in the world. The time-saving machine cooks everything to perfection using air bubbles produced in a heated water bath. It takes 30 seconds to set up, it is controllable by smartphone and comes equipped with built-in refrigeration and an in-app assistant chef. Busy entrepreneurs can now not only work but also cook remotely, making one wonder what other things technology will enable us to do remotely in the near future.